Information provided by Bureau van Dijk is used in the report "Global Innovation Index 2018: Energizing the World with Innovation." (GII). The GII ranks the innovation performance of 126 countries or economies that represent 90.8% of the world's population and 96.3% of global GDP.

The top five countries or economies ranked in this year's GII are:

The United States was ranked two spots lower from last year's index, dropping to sixth place followed by Finland, Denmark, Germany and Ireland. Also noteworthy is China, which has entered the top-20 rankings at number 17, up five places from 2017. 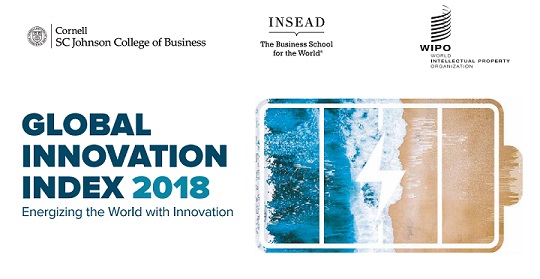 The Global Innovation Index (GII) is co-published by Cornell University, INSEAD and the World Intellectual Property Organization (WIPO), an agency of the United Nations.

What determines the rankings?

The analysis is based on factors of each economy that enable innovative activities, including:

The GII contains some of Bureau van Dijk's R&D research data produced for the Joint Research Centre (JRC), part of the European Commission's science and knowledge service. With more than 2,500 public companies included, it is the most comprehensive global R&D study that uses JRC methodology.

Bureau van Dijk's Orbis Intellectual Property combines information on 115 million patents to around 300 million companies and corporate groups in a way that's never been done before.