Now that it’s officially EU law, how prepared is your business for AML4?

Many compliance professionals have long had the 26th June 2017 marked on their calendars – the official implementation date in all 28 EU member states for Directive (EU) 2015/849, more informally known as the 4th anti-money laundering directive or AML4. 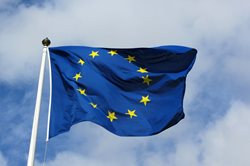 Now that this important threshold has finally been passed and the regulations required by AML4 should be largely in place and ready to be enforced across all 28 EU nations, the important question is: are you ready to fully comply?

Over the last several months leading up to the 26th of June deadline, we have been doing our part to keep you informed about some of the most crucial aspects of the AML4 legislation. To that end, we published a series of blogs geared towards letting you know about key provisions in the law, as well as relevant developments that were taking place as AML4 headed towards its enactment date.

To help you move forward and stay compliant, now that AML4 is (or should be) implemented across the EU, we’re offering this brief recap (with links to the original pieces) of the AML4-related stories that we’ve posted in the runup to the law’s enactment date. Feel free to refresh your memory or delve more deeply into topics that may be of particular interest or relevance to your area of expertise or compliance focus.

This blog aimed to offer you a general overview of the rules and regulations set forth in AML4. In particular, it highlighted some of the key provisions in the legislation, including its:

In this article we took a closer look at one of AML4’s main components – it’s strengthened emphasis on risk. We pointed out that this directive places so much importance on companies identifying and avoiding risk, that it has developed and distributed a list of risk factors. The legislation urges all companies that transact business within EU borders to consult the risk factors on this list when considering engaging in transactions. In: The 10 biggest risks identified in AML4 - and how to deal with them, we highlighted some of the most important of these factors and briefly explained ways you can take to mitigate them.

Here we examined a phenomenon that had begun to manifest as the deadline for AML4’s implementation drew nearer. Certain EU nations appeared to be pushing back against a specific provision of the legislation – the requirement that each member state create a registry which would contain certain details about the beneficial owners of each company trading within its jurisdiction. AML4 left it up to the individual nations to decide just how publicly available to make the information in these registries.

In response, as we noted in this blog, it seemed that several countries, particularly those that serve as tax-friendly corporate environments, were mounting an effort to limit the level of availability of the data in their proposed registries. Those who led this charge claimed that the need to protect an individual’s rights to privacy superseded any benefits offered by greater transparency.

Less than a month before AML4’s enactment deadline, we took an in-depth look at where each member state stood in terms of its creation of a national registry of corporate beneficial owners. Having previously discussed the efforts by certain EU countries to try and limit the transparency of these registries, we decided to explore:

After months, and even years, of anticipation and preparation, the time has arrived, AML4’s regulations are (or should be) officially instituted across the EU.

It can be quite a task to get a firm grasp of and stay compliant with all of the requirements of such complex and far-reaching legislation.

We can help. By taking advantage one of our company information databases – such as Orbis, which covers more than 220 million companies across the world, or Compliance Catalyst, which, when used with Orbis, offers specific features geared towards meeting compliance regulations – you'll be able to more quickly and effectively access and use the information you need in order to mitigate risk and stay compliant.

Additionally, in light of AML4's increased emphasis on beneficial ownership, you might find our state-of-the-art corporate ownership information and tools particularly valuable. For example, you can set your own level of ownership percentage threshold, based on your appetite for risk, when assessing potential business partners or supply chain members. This might come in especially handy due to the directive’s expansion of the definition of beneficial ownership, in certain high-risk cases, to include those parties with a 10% stake in a company.

While on your own, you might need to spend an inordinate amount of time and resources checking all the risk factors mandated by AML4, with the help of one of our compliance solutions, you'd be able to perform your due diligence, onboarding and other verification procedures faster, with increased efficiency and with a greater level of certainty.