Global deal volume and value down in Q1 2019

Both the volume and aggregate value of mergers and acquisitions (M&A) deals announced worldwide declined in Q1 when compared to Q4 2018, as reported in a quarterly M&A report from Bureau van Dijk. 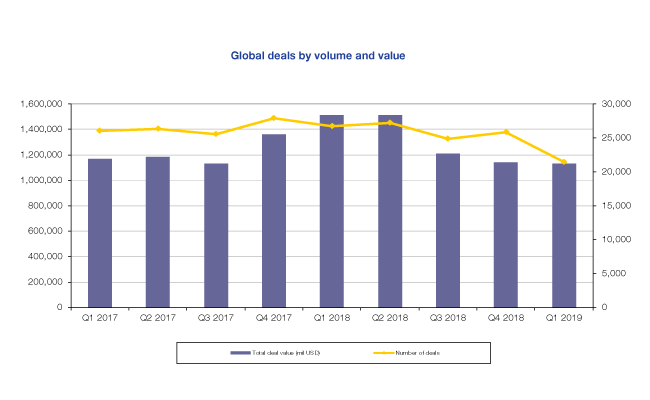 “The decline in both the volume and value of M&A deals announced in Q1 2019 is undoubtedly disappointing, but there are a few causes for optimism. The fact that both North America and CEE had positive results is encouraging, while the prevalence of large deals in the top ten is also heartening. In fact, the $74 billion Celgene acquisition which topped the table is the 14th-largest announced deal on record, while the $69.1 billion Saudi Basic Industries takeover is currently ranked 20th. This shows there is still an appetite for dealmaking and gives some hope for a recovery in the second quarter of the year.”