A major milestone for Orbis

Most telling in Agrippa's interpretation of the world was his focus on the strategic at the expense of geographical accuracy. In contrast to Greek culture at that time, creating a practical tool for military expansion was all that he and his imperial colleagues were interested in.

So with strategy in mind, it's not too great a leap to mention in the same breath Bureau van Dijk's Orbis, a database of private companies from around the world.

Built with similar – if not military – objectives in mind, Orbis is designed to aid users' strategy, be it in assessing credit risk, compliance, business development or any number of other tasks that need access to accurate and easy-to-interpret information on private companies, their financials, their directors and their corporate ownership structures.

Last month, almost exactly 2000 years after Agrippa's Orbis was first made available on a stone interface, our very own tablet-friendly Orbis hit the 220 million-company mark. 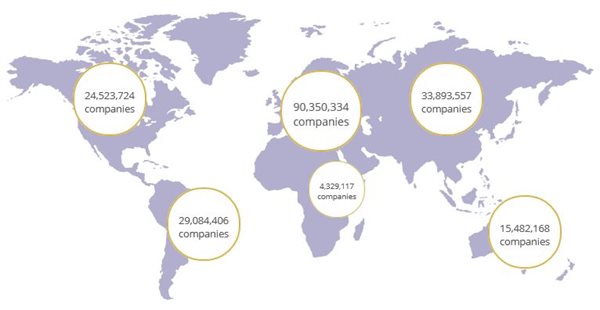 We hope you'll excuse such grand comparisons, as we're very proud of reaching this milestone, and it's not been without hard graft.

The story behind this

How have we managed it?

In the past year, we've both sourced new information providers, and new content from existing partners, and we've expanded in places like Latin America, coverage of which has tripled, and in China.

It's a story that goes back to the 1990s, for which we provide an absorbing overview in our recent white paper, Untangling the world of private company information.

The white paper discusses the availability of private company information around the world, examining:

Its appendix details the private company filing requirements of a selection of economically and historically significant countries.