How hidden signals unlock the world's IP secrets for businesses 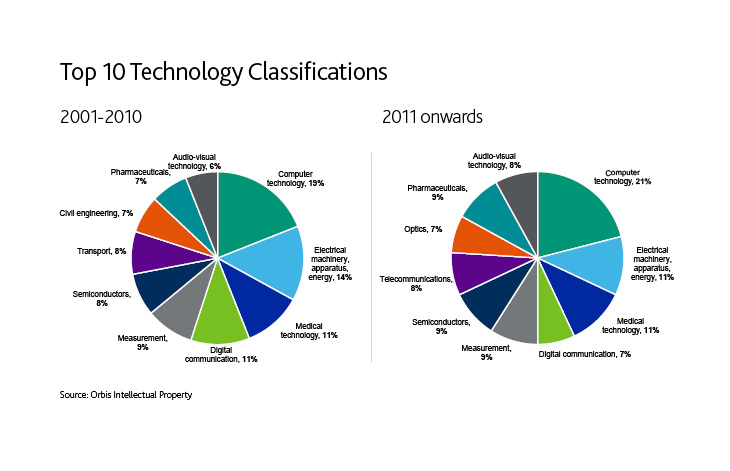 The pace of innovation is increasing at an ever-faster pace. And with it, the challenge of keeping on top of developments in intellectual property (IP) becomes ever trickier. The changes are coming from large corporates which can have hundreds of subsidiaries, and from privately-held, smaller firms, many of which file patents every single day. “But even now, after four decades of evolution of solutions in IP datasets, we see a gap in identifying which patents belong to which companies,” says Santhosh Metri, director of product strategy at Bureau van Dijk - A Moody's Analytics Company.

Orbis Intellectual Property harnesses its award-winning Orbis database in parsing company information, financials and ownership structures to offer insights into patent applications and intellectual property claims. By monitoring more than 400 million companies on a daily basis, Orbis Intellectual Property is able to match patent assignees to companies using fuzzy logic solutions. It’s an early warning system that identifies the first ripples of innovation before they’re known – and even before patent transfers or applications are officially declared.

More than 2.5 million firms out of Orbis’ database of more than 400 million own at least one or more patents, according to Metri. Less than half of the patents owned worldwide are in the possession of listed companies. “There’s a lot happening in the private company space, especially for innovation trend monitoring,” says Metri.

Orbis Intellectual Property provides the view from 40,000 feet, tracking the warps and wefts of patent applications, while also zooming into small developments that have the potential to become huge developments in the sector. “You need to be actively monitoring your space with globalisation in mind,” says Metri. “You never know the true list of competitors. You might think these are the 10 companies you are competing with, but the next day there’s one company that trumps all the others. We’ve seen this time and again, for example the acquisition of WhatsApp by Facebook and other such transactions.”

The data also provides companies with the ability for their IP teams to track events through the IP lifecycle – everything from ideation, capturing innovation, and making a decision on what should or shouldn’t be protected, or even when to sell or license a technology. “Patent maintenance is expensive,” says Metri. Knowing when to sell is vital, and knowing what other companies in the field have done can help inform your own decisions. “Learning through what’s happening and others’ strategies or mistakes is quite important,” he adds. Using the undercurrent of patent data allows companies to highlight the next new areas of innovation – such as the developments in AI happening in Russia, China, Israel and India to name a few. “If you have a mature market from where you can get good, high-quality innovation, you can capture the advantage there,” says Metri.

Orbis’ visibility over data coming from multiple sources, such as press releases from media outlets, is what provides its clients the edge in their decision-making. Orbis Intellectual Property captures and sifts through announced and rumoured transactions – rather than those that have definitively transacted – to ensure the most up-to-date insights into how the market is changing. Most other data sources only record completed transactions, where there’s a gap of up to three years. “If you’re seeing transactions that are just announced, or could potentially happen over the next six months, you’ve got the advantage of jumping on some of the good opportunities,” he says.

Having that future-facing insight can keep companies competitive in an increasingly vibrant world of patent and IP applications, futureproofing them from being outmoded. It’s also an advantage for those trying to eke out an edge in a cut-throat world, allowing you to see where innovation has gone – and where it’s going in the months and years to come.

Find out more about how our Orbis and Orbis Intellectual Property solutions facilitate this form of complex entity data analysis.