When it comes to global announced M&A activity, the first 6 months of 2018 are certainly going to be remembered as a vintage period for our M&A deal makers.

With just short of USD 2.60 trillion of deals announced since the year began, whilst the record figure of USD 2.65 trillion recorded in H1 2007 has not quite been matched, the next highest figure for the first half of the year, as seen in 2015, has well and truly been surpassed. 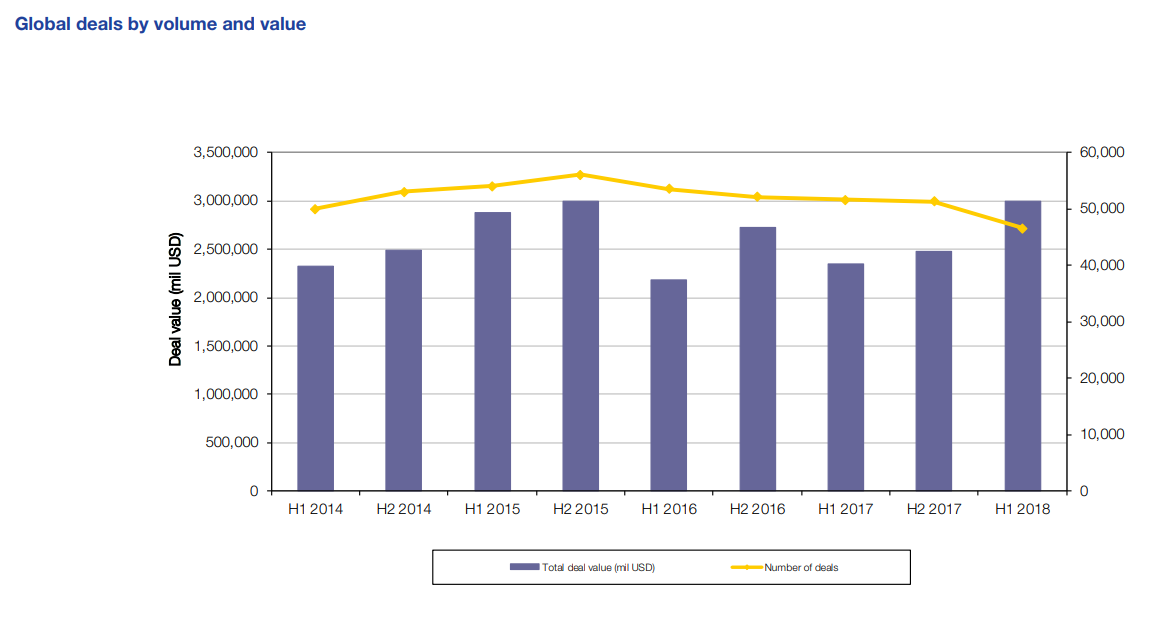 I’m sure we can all remember that 2015 ended up surpassing 2007 as the highest year on record for global M&A, with deal values reaching USD 4.779 trillion.

Whilst the deals have been across a variety of industry sectors, it is corporate America that has been a heavy driver of these large value deals, participating as the acquirer in 16 of the 29.