"Turnover's for vanity; profit's for sanity"

With these words on the BBC's Dragons' Den, would-be investor Duncan Bannatyne damned the dubious financials of a young upstart, before dismissing him with a brusque "I'm out".

Harsh though his delivery was, few of us would disagree with Bannatyne's assessment, at least as far as private enterprise is concerned.

And in a healthy and competitive market, profit margins generally find an equilibrium that satisfies both buyers and sellers.

But should classical economics alone determine the profitability of a transaction in which a public sector body is the customer? And, complicating matters further, what should happen when the supplier has a monopoly?

It's a difficult equation to balance.

On one side, taxpayers demand value for money, particularly in 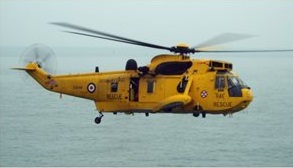 times of high public spending cuts. On the other – and fairly obviously – businesses don't last long when they don't make profits.

When your main customer is the government, this could be a risk without fair rules, something that particularly affects suppliers to the Ministry of Defence, which spent £8.3 billion on so-called "single source procurement" in the 2014/15 fiscal year, representing 53% of new MOD contracts.

The creation of the SSRO

This isn't a new phenomenon. There have long been systems in place to keep the profits of companies engaged in single source contracts in check, and until quite recently it was the responsibility of the Review Board for Government Contracts, its rules being enshrined in the "Yellow Book," which was first published in 1968.

But during the UK's last parliament, the government decided that an overhaul was due.

The result of their analysis and parliamentary debate was the enactment of the Defence Reform Act 2014 and the creation of the Single Source Regulations Office (SSRO).

Staffed by specialist accountants and statisticians, the SSRO has the principal statutory aim "to ensure that good value for money is obtained for the UK taxpayer in expenditure on qualifying defence contracts, and that single source suppliers are paid a fair and reasonable price under those contracts".

Essentially, the parameters for single source suppliers' profit margins are determined by their rules.

Important developments since the Act came into force

The SSRO is required to annually review the profit rate for the pricing of qualifying single source defence contracts and recommend to the Secretary of State for Defence its assessment of the appropriate baseline profit rate and capital servicing rates.

Changes for this coming financial year represent a significant shift in thinking when compared to this year's rules. So with barely five weeks until 1st April, the date after which newly signed contracts will be assessed using the new profit rate methodology, we should explore them.

The SSRO's recent press release and the document it links to, Single source baseline profit and capital servicing rates methodology (PDF), spell things out in full, and someone at your organisation should probably read them.

But if you want an unofficial overview, here are the highlights of both documents as we see them:

1. What's the crux of the new profit levels methodology?

Put simply, the SSRO argues that the fairest, most scientific and evidence-based way of determining a baseline rate is to analyse a much wider and more relevant set of comparable companies across Western Europe and North America and look at their average profit margins. The current methodology is limited to comparing less relevant companies just in the UK.

According to their press release, "The new methodology identifies comparable companies in two categories of activity: 'develop and make' and 'provide and maintain'. A three-year rolling average of the profit range for each set of categories is then determined, and the baseline profit rate is the average of the two. As in previous years, the profit level indicator used will be net cost plus (also known as return on total cost)."

The calculation methods used and explanations of terms such as "net cost plus" are outlined on page 9 of the methodology document.

3. What's the scope of the financial data that will be used to calculate a baseline rate?

The SSRO will look at data for comparable companies going back five years. Only companies with a minimum turnover of £5 million for at least one of the years in question will be included in the analysis, and those that don't report a profit for at least one year during this period will be excluded. Details on the industry types used in the SSRO's calculation are given in page 7 of the methodology document and in its appendix.

4. What's the scope of the region that should be included in the search of companies comparable to your own?

You don't necessarily need to do anything other than be aware of the changes, await the announcement of the new baseline rate for 2016/17 and assess how it's likely to affect your bottom line. But – and this is only our interpretation – if you conduct your own research into comparable profits, you'll better understand the profit rate the Secretary of State approves.

6. Where can I find benchmarking information for my own analysis?

Section 4 on page 5 of the methodology document discusses data sources. The SSRO outlines here its own ways of analysing comparable companies, which it does to "identify and gather the data required to determine the profit rate for the two activity characterisations that are being combined to provide a single baseline profit rate as required by the Secretary of State".

In Section 4.2 it goes on to namecheck and single out Bureau van Dijk's global Orbis database as a source on which company financials can be found.

7. What developments are likely in the near future?

Defence Secretary, Michael Fallon, said that the methodology used to calculate profits should result in setting a single baseline rate. But next year could very well be different. Jeremy Newman, former Chair of the SSRO, said: "Although we will recommend only one baseline profit rate this year [2016/17], we will work towards having multiple profit rates in future, for adoption first in 2017/18." The Defence Secretary supported the principle of multiple profit rates in the future.

So expect a further rise in number crunching and analysis based on wide-ranging sets of company financials for everyone working in this area before too long.